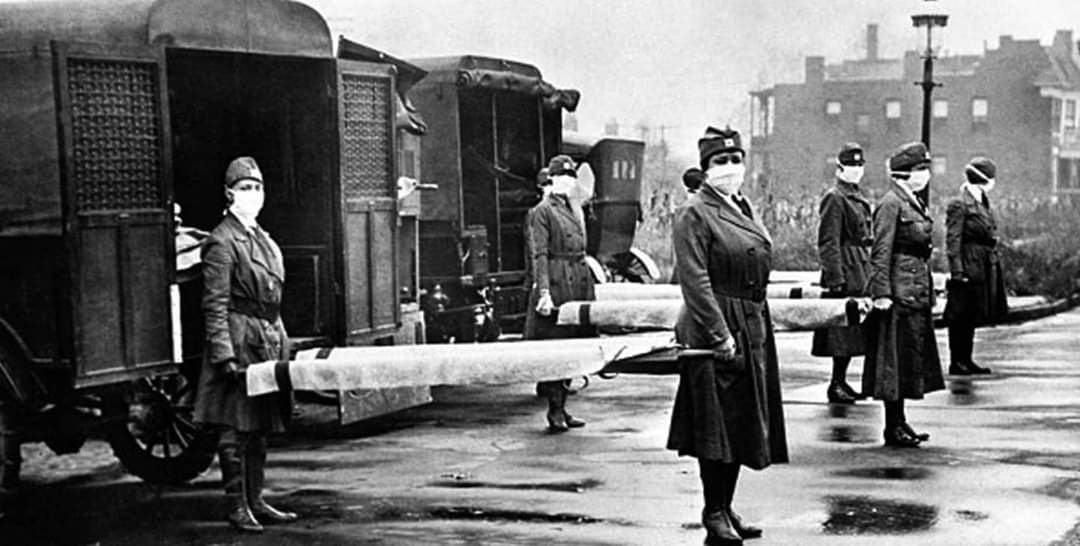 In March 1918 an international influenza pandemic broke out, that led to the deaths of 50 million people worldwide.

The pandemic spread simultaneously in Europe, Asia and North America over a twelve-month period between the last months of 1918 and the beginning of 1919. The First World War, while not the direct cause of its outbreak, contributed to its rapid spread worldwide.

Soldiers, malnourished and battle weary were particularly vulnerable to infection. As they were constantly being moved between different theatres of war across the globe they spread the virus to many countries, including South Africa, where it made its appearance in September 1918.

By the end of 1918, more than 127 000 Blacks and 11 000 Whites had succumbed to the epidemic. While some controversy exists as to the exact source of infection and its spread in South Africa, there is general agreement that the participation of soldiers in the War was a direct contributory factor in its arrival in South Africa. Its arrival here was initially linked to two ships, the Jaroslav and the Veronej, which arrived in Cape Town on the 13 and 18 September with members of the South African Native Labour Contingent (SANLC) on board.

It was established that both ships had docked at Sierra Leone, one of the places regarded as a central point of infection. In general about 500 000 people died of the epidemic in South Africa, the fifth hardest hit by the pandemic worldwide.

The second wave of infection spread from Cape Town harbour to the rest of the Cape, the Orange Free State and the Western Transvaal. A second trajectory of the epidemic spreading from the Cape, reached the Northern Cape, Ciskei and Transkei. This second wave is regarded as the one that came with the ships the Jaroslav and the Veronej.

A number of factors contributed to the rapid spread of the epidemic throughout South Africa. Firstly, South Africa had a number of ports and harbours from which sailors and soldiers spread the infection. Secondly by 1918, South Africa had a well developed railway network of 10 000 miles, making it easier for the epidemic to penetrate the most remote areas. Thirdly the migrant labour system ensured that the virus travelled with infected miners on their way to the mines or home. According to Philips, in six weeks 300 000 South Africans had died of the flu.