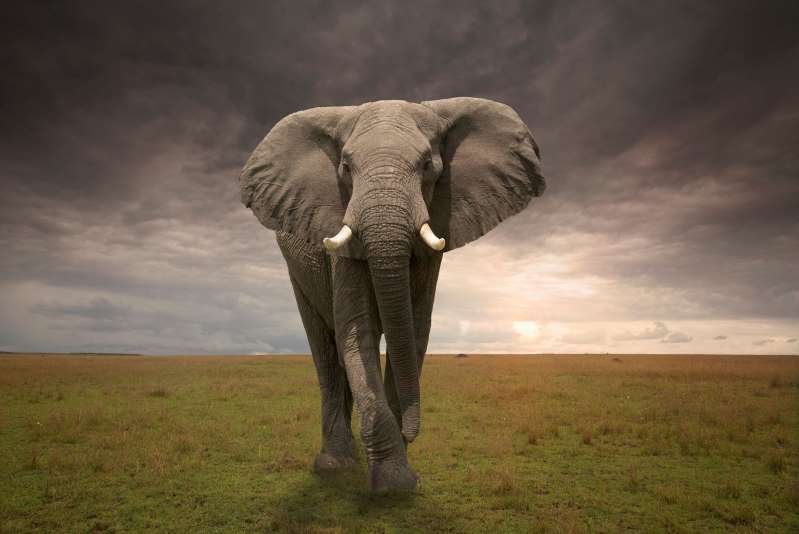 Beloved Big Tim the elephant, one of Africa’s last giant “tuskers”, passed this week of natural causes at the age of 50.

Kenya Wildlife Service has said that he was “a benevolent, slow-moving preserver of the peace at Amboseli National Park, well known and loved throughout Kenya.”

An elephant is technically a “tusker” when its ivory tusks are so long that they scrape the ground.  Conservationists estimate only a few dozen such animals with tusks that size are now left on the continent.

Poachers target the animals with the biggest ivory, and elephants with the heaviest tusks are most at risk. As was Big Tim who survived his experience with poachers, angry farmers, once even being treated for a spear wound.

According to the International Union for Conservation of Nature (IUCN), poaching has seen the population of African elephants plunge by 110,000 over the past decade to just 415,000.

“Tim was one of Africa’s very few Super Tuskers, and an incredible elephant whose presence awed and inspired many. He was one of Kenya’s National Treasures.”

With poaching a dastardly increasing crime, as sad as it is to hear of Tim’s passing, I feel huge relief that Tim lived a long and natural life in his natural habitat where he belonged.