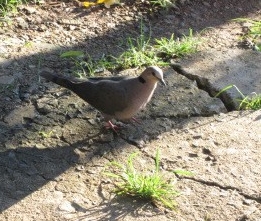 Happiness is the familiarity of my kitchen, the soft hum of my fridge in the early hours of the morning whilst the house sleeps… More than all of that, it is the kitchen window with white half dutch lace that allows me to peek outside as I prepare meals for the family and fur babies.  Of late, there has been a new addition to the family, a  plump, regal ring-necked Dove which has made my pre-cast fence his perch for most of the days.

Some days, he ventures out to the kitties inner sanctum and rhythmically partakes somewhat daintily at their dry food.  Since then, the bird feeder has been put up and food left out of the reach of the kitties.  Otherwise known as a Cape turtle dove, my Darling Dove, as he is affectionately called, croons for himself whilst serenading me. It could be that he is lamenting his fate of loneliness.  I cringe as I recall once coming home to many grey feathers outside the kitchen, imagining the trauma that Darling Dove may have undergone as he remembers vividly the horror, that my Leonine Leo, the master kitty could have disposed of his soulmate.

Darling Dove is known to fluff out all of his feathers in quiet dignity as the surveys the “zoo” that is my garden. So comfortable is he of his spot in the garden, that he does not budge as I throw open the windows. My morning greetings have progressed to one sided small talk as I enquire after his day, much to the interest of the daughter, who thankfully understands that Mother is not yet in her dotage and is speaking to yet another creature, such is her propensity and dare I say it myself, neediness for sparkling, intelligent conversation.

This day though, Darling Dove was given bread but disdained it. Immediately Mouthy Mynah surfaced, surveyed the favours, swooped down and made off with lunch. 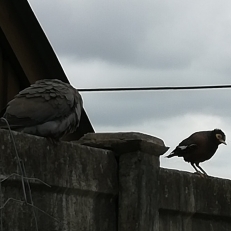 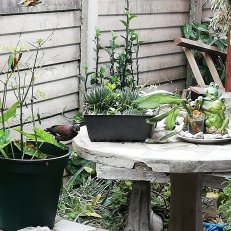 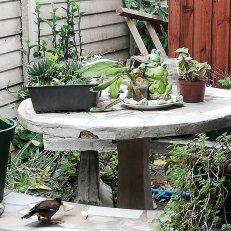 What makes my relationship with Darling Dove so pertinent, is the remembrance of a Dove who seated himself throughout the funeral procession of my dear Aunt. As I absorbed the sorrowful  silence of that day, I looked up and there in the fertile mango tree, just above us and within clear sight, stood a Dove who watched us diligently. My heart likened it to my late Uncle who had crossed over some nine months previously.  This loving couple had been inseparable in life, my Aunt simply lost her will to live without her beloved.  I suspect that she was being watched over like I am now watched over as I proceed with the mothering and busyness of life. Angels walk amongst us in many forms. 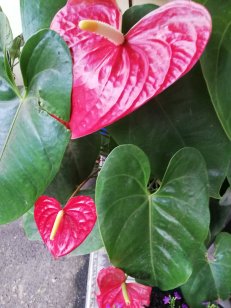 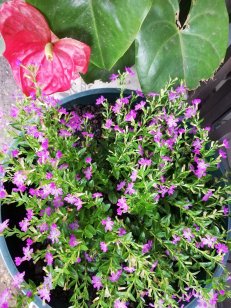 My garden has been home to many feathery friends. One afternoon, I found a pigeon outside my kitchen door, still, yet beseeching me with searching eyes. I lifted it up, settled it into makeshift warmth and proceeded to watch over it, offering the odd comfort.  At some point, I looked into its eyes and felt a soft shudder as if it was weariness personified.  That feeling when even your tired is tired? It looked like that.  Farewells are not favoured by myself yet there was a need to understand, communicate and release this precious soul. As I hunkered down, massaging some warmth into the cooling feathers, I gave it permission to release itself from whatever bound itself to Earth, after all, who was I to judge or question what brought a winged wonder to its knees, obviously over burdened and labouring over some trauma. As gently as I could, I settled him in for the night, returned in the early hours to find his soul winged and his feathers cold.  Did he need permission, comfort, or just a gentleness?  Whatever, he was laid to rest in the semi warmth at the base of the great mango tree.

Once a new-born bird had fallen metres from the fruit tree and in a new life, it was a great fall which resulted in death, Mother cried her lungs out pausing at intervals to search for help which arrived in the form of my husband, who apologised, as he buried it within sight of Mother who continued to cry and finally, flew off, with what I imagine as a mother myself, a heavy, hurting heart.

There are many birds in the garden itself, swallows, sparrows, mynah, the occasional blue crane and once, proud peacock, Abdullah inhabited the lofty retreat of the mango tree.  Unknown to us, he was seeking refuge and thinking he needed rescue, I summoned the local fire brigade who arrived with flashing lights to perform the rescue.  Looking imperiously at the grappling arms trying to reach him, Abdullah, in a huff of feathers, promptly flew out of reach to its relative safety. It was a quite a sight, a quiet suburban road turned into a hive of activity as all in the neighbourhood thronged to witness the episode and some to admire the muscled rescuers.

The barn swallows are here again for their visit, much closer to humans sadly.  Why? Their normal habitat has been swallowed up in the process of urbanisation.   Having flown across the world to roost in their usual reeds, they must have been devastated to find their homes razed.

This begs many questions.  What is to become of Nature and our fine feathered friends? How do we combat the effects of over population and social issues.  I’d volunteer that trees should be planted (I replanted a papaya tree)  and more dedicated areas reserved for them.  Personally, I will endure the thousands of old leaves that the wind tears down as stronger, sturdier ones remain to provide roosting, resting and succour.  A messy garden is a small price to pay for wandering wonders and other creatures. 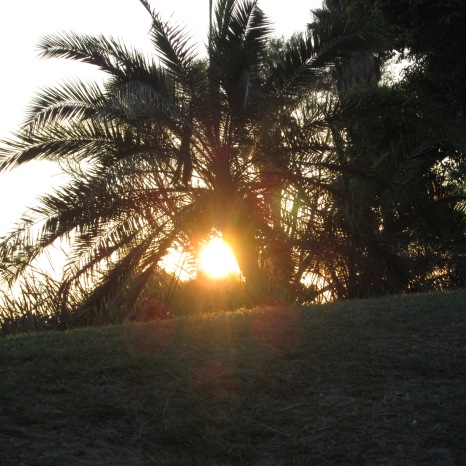 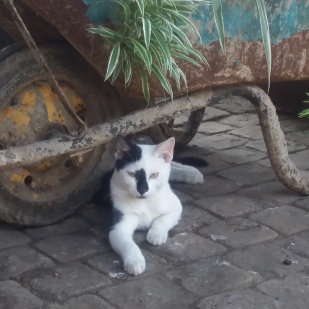 See why Mom calls me “Snosey?…It’s as clear as the nose on my face!” 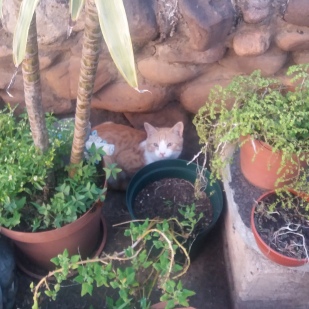