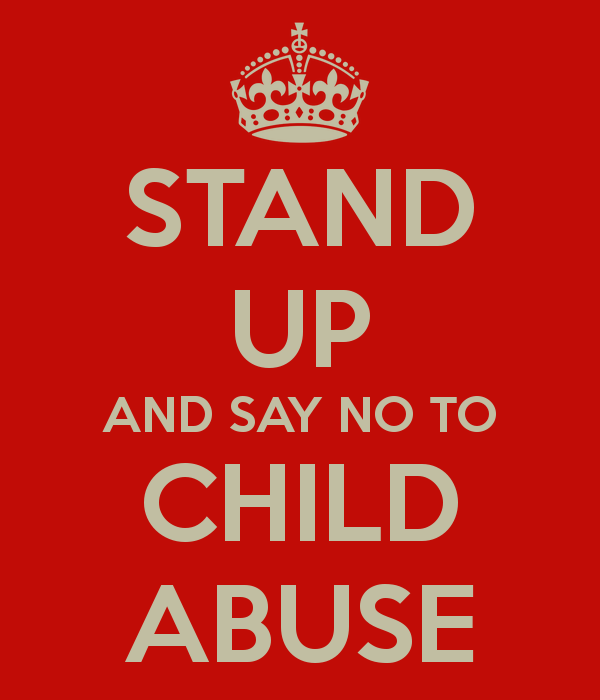 Screenshot of mother abusing her child whilst boyfriend looks on…

Sunshiny South Africa was marred this past week when a graphic video of a young mother repeatedly abusing her four year old went viral.

Story has it that the child “had urinated on the floor”.  The mother’s boyfriend did not take kindly to that and threw the child against the cabinet.  Boyfriend insisted that the mother punish her or he would kill them both. He continued to lie on the bed and film the abuse, which was leaked to social media. The mother is seen to hit the child all over her little body. She then proceeds to viciously kick her child.

Apparently, they took the child to a doctor who was having none of their explanations and instantly alerted the police who arrested the couple.  The couple was released almost immediately on, brace yourself for this, a R3000 each bail.  It is a case of grievous bodily harm which has been turned to attempted murder. The public remembers all too well, the episode of another murdered little boy, Shahiel.  Innocent Shahiel was murdered by his aunt and his body was stuffed in a manhole.  Back then, the community joined together and performed countless searches while his aunt and gran who knew their atrocious deed, kept mum until eventually all was revealed.

Now, here again, this brutal incident has sparked an uproar and incited anger among residents and social media users. The child has since, been admitted to a local hospital. with swollen legs, internal injuries and a blood clot on her brain, all caused by a one minute and 58 second thrashing.  At one point, the mother can be heard saying, “You don’t understand, you are making me go off my head. I’m having like a nervous breakdown in my life.”

Throughout much of the video, the child is quiet throughout but she cries out aloud when the mother begins repeatedly kicking her.

Only the biological father and granny have been allowed to visit the child in hospital.  Facebook users have expressed disgust, there were offers of adoption made but rumour has it that the biological father is suing for custody.  This matter is being attended to by the Child Welfare Department who condemned the violation of children and called for stiffer sentences for child abusers. They maintain that :

“Abusers of minor children are walking freely due to the incompetence and failure of stakeholders in our criminal justice system.

The latest research shows that only one out of each nine minor victims reports abuse, and only 8% of these cases will result in a conviction.

These figures do not reflect successful prosecutions, and include cases where the accused pleads guilty to the charges.”

The 2017 South African Child Gauge, published by the Children’s Institute at the University of Cape Town, a school-based study estimated that 35.4% of South Africa’s children experience some form of sexual abuse; 34.8% experience physical violence; 26.1% experience emotional abuse; and 15.1% experience neglect.

The World Health Organization (WHO) defines physical abuse as :

“Intentional use of physical force against the child that results in – or has a high likelihood of resulting in – harm for the child’s health, survival, development or dignity. This includes hitting, beating, kicking, shaking, biting, strangling, scalding, burning, poisoning and suffocating. Much physical violence against children in the home is inflicted with the object of punishing.”

I have seen some of the video myself. I could not bring myself to watch the entire video.  It was that graphic and that disturbing.  Imagine my surprise when I read of it again, on my local neighbourhood watch.  Turns out that the young family LIVES in my neighbourhood.  It is unfathomable that something so heinous had been taking place in the midst of us and we were unaware.  Thankfully, the child is now in the best of hands, but still, what if we learned too late of the abuse and her demise? There has been a call and a petition for them to be thrown out of the neighbourhood.  The upset amongst the community is such, that the abusers ought to fear for themselves.

I do have the video but chose not to share it. It is emotionally offensive . The graphic content does not need to be perpetuated, for the child’s sake too.  Sometimes the constant viewing leaves little to the imagination and some people have become immune to the harshness of reality.  I know school kids who have looked at it rather cursorily, more as a matter of fact of life.  How sad is that, who knows what they may have endured to make them project that way.  Then again, are we raising a heartless nation?

Today, as luck would have it, I stumbled across this  blog post,  which that I contributed to. Let’s face it, we all as parents, reach the end of our tether where we resort to yelling. I myself do it.  Here, we have been advised beautifully how NOT to behave in anger, a blog post that we can all learn from.  Let us ask ourselves, “will this matter in 5 hours, 5 days, 5 months?” Most times not. In my case yes, I am constantly hounding my son to hound his school books, to extract that vital knowledge to garner him a good pass for his final year of secondary schooling.  Let us choose our battles, walk away from a situation if we have to.  Obviously, children will be children, they are doing the best they can, they are the little people.

How though does one educate people not to physically, mentally and emotionally torture children? Is it not said that the hand that rocks the cradle rules the world?  What should be a beautiful imagine has suddenly turned scary. Is this the world that we aspire to have, to leave behind for our children and their children??? The mind boggles.

Having been involved and a contributor to  Operation Bobbi Bear and as a mother myself, I cannot comprehend how a mother could inflict such harm on her child, or any child for that matter.

Still very concerned that the child may have brain damage, I find some solace in putting my words into paper. There are monsters amongst us, they live, breathe and steal oxygen from the deserving.  Abuse could be right in our midst and some so cleverly concealed too.

Let us not numb our eyes and minds to the harshness out there. Hopefully, this post will bring awareness to the plight of these children,  that a child can be saved.  Empower your children so that others do not abuse them.

Speak out, cry out, shout out, BUT PLEASE DO SOMETHING.

Say NO to Child Abuse!