Giving back?  We thought we were. We came back with much more.

No, not freebies. Not exactly peace of mind either.  More of an awakening on the impact of sexual abuse on children.

Car full to brimming with goodies and presents, we set out for the coastal town of Amanzimtoti, a mere forty five minutes away from home.  The destination, Bobbi Bear.  Operation Bobbi Bear, as it is known, founded in 2010 is a human rights organisation run by passionate, devoted individuals whose mission is committed to helping sexually abused children.

To communicate the nature of the abuse, a “Bobbi Bear”, a little bear, a soft non-threatening toy is used.

On our arrival at the Rescue Centre, we were met by a warm and friendly smile from Zanele.  Imagine my surprise and delight when I actually got to meet Jacky Branfield who spearheads Operation Bobbi Bear. Dynamite does come in small packages, full to brimming with enthusiasm, I can also understand why she was called a “maverick crusader”.  A four year old girl was raped by her stepfather.  Her mother did not believe her but at school, the little girl was not turned away.  Too traumatised to make a statement to the police, the police officer wrote the statement which was unsuitable for court.  In trying to bridge the communication barrier, Jackie searched for a toy that would assist the children in explaining their abuse.  Bobbi Bear was born.  Complete with permanent markers and plasters, this bear is used as medium to express violations and is completely permissible in a court of law.  The little girl and Mother got justice served and the stepfather was jailed.

Jacky graciously received our donations. From my  dresses for the babies, she extracted one to be used on a Bobbi Bear for her sessions. When Jacky saw my daughter’s bag, she immediately found a home for it. *Lungi, a beautiful teenager needed it for her medication. Such a simple gesture but the impact was profound and the appreciation was visible in Lungi’s eyes and smile. The Bobbi Bear motto, “every little body is a somebody” is apt.  Here, children are rescued and provided with safe homes by a dedicated team of social workers who work against the odds and injustices to prosecute offenders.

I asked to see the children. I could not, NOT see them.  They were playing in the garden, every semblance of normality.  The little ones were seated inside and introduced themselves to me solemnly and then with some amusement. I saw happy, resilient children until I looked into their eyes and felt a kinship.  I was crushed, their eyes were a window to a sad world. 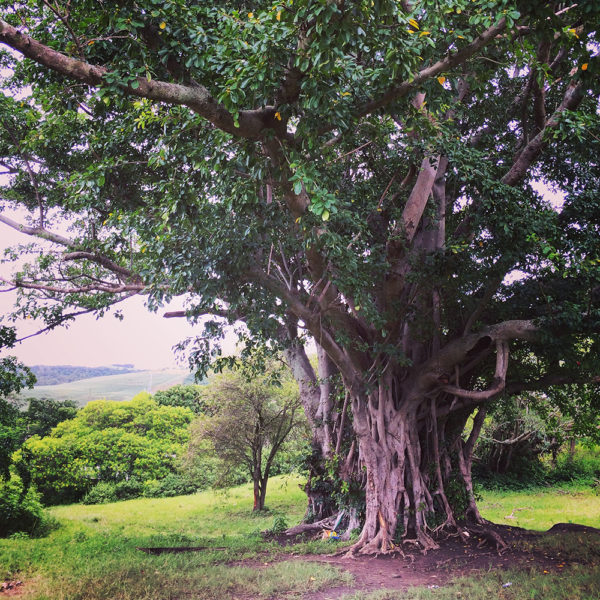 Through their Honor Programme, Bobbi Bear monitors the child to:

I was told that Bobbi Bear conducts random checks to ensure that the child can still be found wherever Social Services have placed them.  The Honour programme once managed to track down a child who was placed in a Government Place of Safety by Social Services (Welfare) and then moved four times to various places, where no-one eventually knew where the child was or who was taking care of her.  Violated and then having that child being lost in the system? This sent shudders of fear through me. Now the children are placed within a 300km radius.

Thinking about giving back too?  Consider volunteering.  Locally and internationally, Bobbi Bear welcomes the assistance.  Frequently asked questions for people intending to volunteer can be found on http://bobbibear.org.za/volunteer/

Read what Tanya Kramer , a psychologist in the Netherlands has to say about her days at Bobbi Bear.

Businesses, reconsider your corporate social responsibility by getting employees on board like we did. We collaborated to provide toys to ensure that smiles were brought back to these children’s faces at Christmas time.

Charity begins at home.  Happily, this has become my charity of choice.